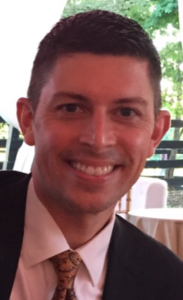 Dr. John Stutts is a native of Louisville, Kentucky. He has been an educator in the pageantry arts activity for over 25 years. He served as the Visual Coordinator at Louisville Male High School in Louisville, Kentucky from 2000 to 2006 winning the BOA St Louis Regional Grand Championship and competing as a BOA Grand National Semifinalist multiple times. He served on the Visual Design Staff for North Hardin High School in Radcliff, Kentucky from 2008 to 2018 winning multiple BOA Grand National Reserve Class Champion titles, multiple BOA Regional Grand Championships and multiple BOA Regional Class Champion titles. He more recently has served as a visual consultant for the Coppell High School Varsity Marching Band in Coppell, Texas during the 2019 and 2021 marching seasons.

Eric Sabach (The Woodlands, TX) is an alumnus of The Cadets drum corps. Eric has been a designer / clinician for many state champions and Bands of America Regional and Grand National Champions throughout his career. He has also been an adjudicator for BOA, DCI and WGI and judges through the United States and abroad. Eric has been a faculty member for Star of Indiana, Phantom Regiment, and was the Director of Marketing and Business Development for Carolina Crown. Eric is also a speaker at many music educator conventions across the US. He currently is a Regional Sales Manager for Stanbury Uniforms and the National Sales Manager for digitalmarchingfx.com! 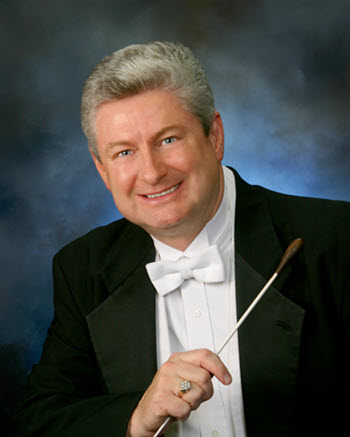 W. Dale Warren is Senior Wind Band Conductor and Professor of Music in the University of Arkansas’ Department of Music. During his three plus decades of service at the UA, Professor Warren has conducted the Wind Ensemble, Wind Symphony, Chamber Winds, Symphonic Band, Concert Band, Varsity Band, and Campus Band. He also teaches music education courses, supervises music education interns (student teachers) and is actively engaged in the graduate instrumental conducting program. From 1991-2000 Professor Warren was the Director of the UA Razorback Marching Band. Professor Warren is also the director of the highly successful UA Summer Music Camps.

A native of Greenville, Kentucky, Professor Warren played euphonium at Muhlenberg Central High School. He received his Bachelor of Music Education degree from Austin Peay State University and a Master of Music Education degree from the University of Kentucky. Professor Warren is a former conducting student of B. Joe Allen, Edward A. Knob, John Larkin, George Mabrey, W. Harry Clark, Skip Gray, Dennis Johnson, John Paynter, John Whitwell, and Larry Rachleff. He also served on the music department faculty as Associate Director of Bands/Director of Athletic Bands at the University of Kentucky from 1986-1991.

Professor Warren taught at Kentucky high schools Bremen and North Hardin from 1980-1986. His bands received numerous awards and Division I ratings. He has guest conducted all-district, all-region, and all-state honor bands, as well as university bands in 39 states. Professor Warren has completed a faculty residency with the Kasetsart University Wind Symphony in Bangkok, Thailand. Professor Warren has served as a computer clinician/drill designer for Advantage Showare, Inc. and Arrangers’ Publishing Company. For 20 years he served as an adjudicator/clinician for Musicfest Orlando. During Professor Warren’s affiliation with Music for All/Bands of America he served as a member of the Educational Advisory Board and for the past 36 years as an adjudicator and chief judge. In addition to serving as chairman of the John Philip Sousa Foundation’s Sudler Shield Award Committee, Professor Warren is a John Philip Sousa Foundation Board Member, a Past President of the Southeastern Conference Band Directors Association, and for the past 21 years has been a member of the Institutional Review Board at Washington Regional Medical Center.

Since Professor Warren arrived at the University of Arkansas, the UA Wind Symphony has made six guest appearances at College Band Directors National Association Conventions. The UA Wind Symphony performed at Carnegie Hall in New York City and at the Arkansas Music Educators Convention/All-State Conference on two occasions under Professor Warren’s baton. During Professor Warren’s tenure as Director, the Razorback Marching Band performed numerous times for former President William Jefferson Clinton, including the 1992 Presidential Inaugural Parade in Washington, D.C. Under Professor Warren’s leadership, the Razorback Band performed at the SEC Championship, the Cotton Bowl, the Citrus Bowl, the Carquest Bowl, and the Independence Bowl. The Razorback Marching Band also appeared as the Grand Finale Band at the St. Patrick’s Day Parade in Dublin, Ireland. 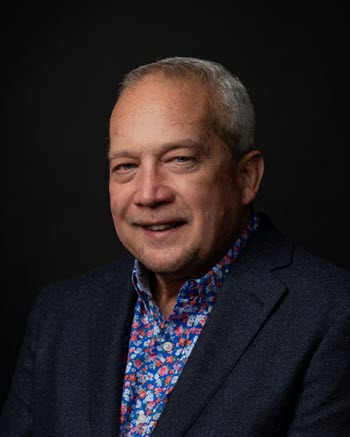 Mr. Joel L. Denton served as Director of Bands at Ooltewah High School for thirty-seven years. Mr. Denton is a graduate of the University of Tennessee and has completed graduate studies at UT-Chattanooga. Mr. Denton currently serves as an adjunct instructor of Instrumental Music Education at Lee University. Prior to his retirement in 2018, he was recognized as a CMA Music Teacher of Excellence.

At the 2015 Midwest Clinic, Mr. Denton was awarded the John Phillip Sousa Foundation Legion of Honor for his contributions to band. Under his direction, the Ooltewah Band achieved a national reputation for musical excellence including performances in the 2017 Tournament of Roses Parade, the Macy’s Thanksgiving Day Parade in 2013 and 2007, and as the only band in the 2011 Disney Christmas Parade on ABC. The Ooltewah Marching Band was a consistent finalist at Bands of America Regional Championships being awarded multiple class championships and placements, and was a national semi-finalist on multiple occasions with several class placements. The Ooltewah Concert Bands performed at the Music for All Southeast Regional Concert Festival in 2016, the TMEA (TN) State Music Conference in 2014 and 2010, the Smoky Mountain Music Festival in 2011 (Grand Concert Division Champions), and multiple other state, regional and national events through the years. He served as Chairman of Fine Arts at Ooltewah from 1982 until his retirement and was selected five times as the Ooltewah Teacher of the Year.

Mr. Denton and Kerry, his wife of thirty-eight years, reside in Chattanooga and have two adult children, Alex and Caroline, who are both teachers. 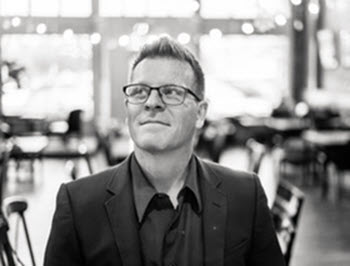 Jeff Ausdemore serves as President and Co-Founder of Stryvemind.com, a revolutionary online music education platform that impacts students and educators around the world. This venture serves student musicians, music educators and administrators in many capacities, including a world class private lesson faculty, educational consulting, as well as the Stryve Academy. Prior, Mr. Ausdemore served as Director of Music at Grapevine-Colleyville’s iUniversity Prep. In this expanded role, Mr. Ausdemore oversaw all music curricula, including music theory, music history, music composition/arranging, as well as applied music for all primary and secondary level students. In addition, Mr. Ausdemore created the iMusic Club, a club dedicated to enriching the lives of all students enrolled at iUniversity Prep. Mr. Ausdemore served eleven years as the Director of Percussion Studies at Colleyville Heritage High School. In this role, he served as the percussion coordinator, head of jazz studies, and co-director/composer/arranger of the Colleyville Heritage marching band. The CHHS percussion program enjoyed national notoriety, including gold medals in the NTCA Indoor Circuit, PAS Marching Percussion titles, the PAS “Call for Tapes” winners, the PAS Small Ensemble Champions, as well as multiple regional marching percussion accolades.

Previously, Mr. Ausdemore taught at the University of Texas Arlington as adjunct professor of percussion, serving as the percussion arranger/assistant director of the UTA Marching Band, teaching percussion pedagogy/techniques classes, assisting the UTA percussion ensemble, and maintaining a full private studio as well. Mr. Ausdemore has composed/arranged, instructed and consulted with numerous high school and college marching bands throughout the US. In addition, Ausdemore has worked with Drum Corps International ensembles including the Cavaliers, Phantom Regiment, and the Blue Knights Drum and Bugle Corps. During Mr. Ausdemore’s tenure at the Blue Knights, the percussion program produced several percussion individual solo championships, percussion ensemble championships, and a strong reputation for excellence, placing in the elite “top 12” in the Drum Corps International Championships consistently.

As a composer, Mr. Ausdemore has contributed original works for piano, instrumental guitar, contemporary multimedia, percussion and choir, percussion solo instruments, percussion ensemble, as well as wind ensemble and marching band. Several ensembles have commissioned and premiered Mr. Ausdemore’s works on recordings and live concerts, including the Music for All national festival, the Interlochen Fine Arts Academy summer camp, as well as the 2021 Midwest Clinic. Mr. Ausdemore is a published artist through Tapspace Publications.

Mr. Ausdemore’s professional affiliations include adjudication roles for Drum Corps International, Winter Guard International, Bands of America, a marching percussion committee member for the Percussive Arts Society, the Texas Music Educator’s Association, the Texas Bandmasters Association, and the American Society of Composers, Authors, and Publishers, and currently serves as the current Vice President of Percussion and Winds on the executive board of the North Texas Color Guard Association. Jeff Ausdemore is proud to endorse and serve as an artist clinician for Dynasty Musical Instruments, Zildjian cymbals, Remo drumheads and Pro Mark sticks and mallets. 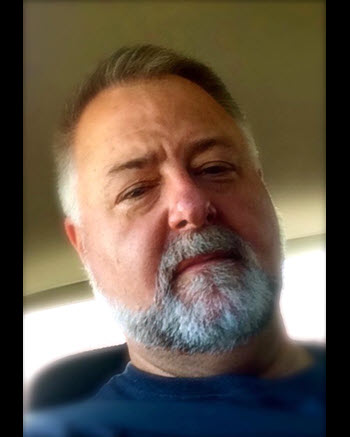 Tim Hudnall is a graduate of Western Kentucky University where he received a B.S. degree in Biology/Chemistry and a M.S. degree in Public Health. He was a member of the “Big Red Marching Band” as a trumpet and color guard performer and a member of Phi Mu Alpha Sinfonia Music Fraternity.

Mr. Hudnall has 39+ years experience in design and instruction in marching band/winterguard programming. Tim’s marching band adjudication includes multiple circuits across the country and he is currently affiliated with several marching band and winterguard judging association as well as being a currently on the rosters as an adjudicator for WGI, DCI, and BOA.

With a varied teaching past, Tim has been the director, program coordinator, and/or consultant for several programs in Kentucky, Florida, and Tennessee. His groups have been finalist at WGI regionals, semi-finalist at WGI World Championships, and medalists in multiple winterguard circuits in the Southeast. His marching bands clients have been involved in various local, state, and national competitions and regular participants in the BOA arena as well as BOA Regional finalist.

Currently, Tim and his wife Anne, reside in Knoxville, Tennessee where he works as a Physician Assistant at East Tennessee Children’s Hospital.